On November 13, 2019, the Supreme Court in one of its decisions has brought it under the purview of the RTI, terming the office of Chief Justice of India- CJI as a public authority. This decision has been given by the constitutional bench of five judges including the Chief Justice of the Supreme Court. The bench consisted of Chief Justice Justice Ranjan Gogoi, N.V. Ramanna, D.Y. Chandrachud, Deepak Gupta and Sanjeev Khanna. After this decision, now information can be sought from the office of CJI by applying under Right to Information- RTI. However, the Supreme Court has clarified that a balance between privacy, autonomy and transparency is necessary.

It is known that under Section 2 (h) of the Right to Information Act, 2005, public authority means such entities:

After this decision of the Supreme Court, information will be provided by the CJI office by accepting the RTI application. It is known that according to Section 2 (f) of the Right to Information Act, 2005, information means- records, documents, memoranda, e-mails, opinions, advice, press publications, circulars, orders, log books, contracts, reports , Any data or material available in samples, data or mechanical form, whose information may be duly provided by the public authority. 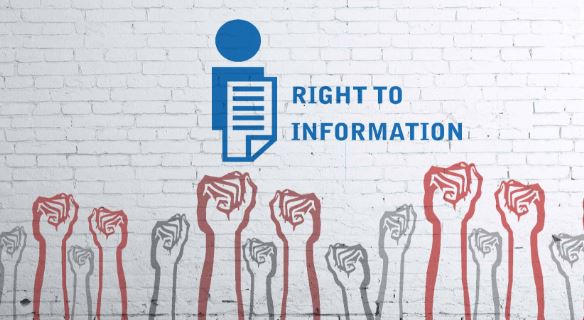 Right to privacy v / s transparency and right to information

The court has clarified that information of judges’ property etc. under RTI cannot be made public as it would affect the right of privacy of judges.

The court has said that ‘motive’ or ‘motive’ has to be kept in mind under each RTI. If there is a demand for information in the public interest, on the other hand, the concept of independent judiciary will require privacy in a case, then privacy will be given priority.

0
Water Stress In India This article is based on “Let the water flow, quickly” which was published in The Economic Times on 12/03/2020. It talks...
Read more
Big Picture Debate

0
Major Constitutional Amendment: Part 1 IntroductionLike any other written Constitution in the world, the Constitution of India also provides for its amendment in order...
Read more
Big Picture Debate

0
The Big Picture: Pornography - Impact on Children & Society https://www.youtube.com/watch?v=oyTERBLOvbcThe Ad-hoc Committee of the Rajya Sabha was instituted recently by the Chairman of the...
Read more

Stay on op - Ge the daily news in your inbox